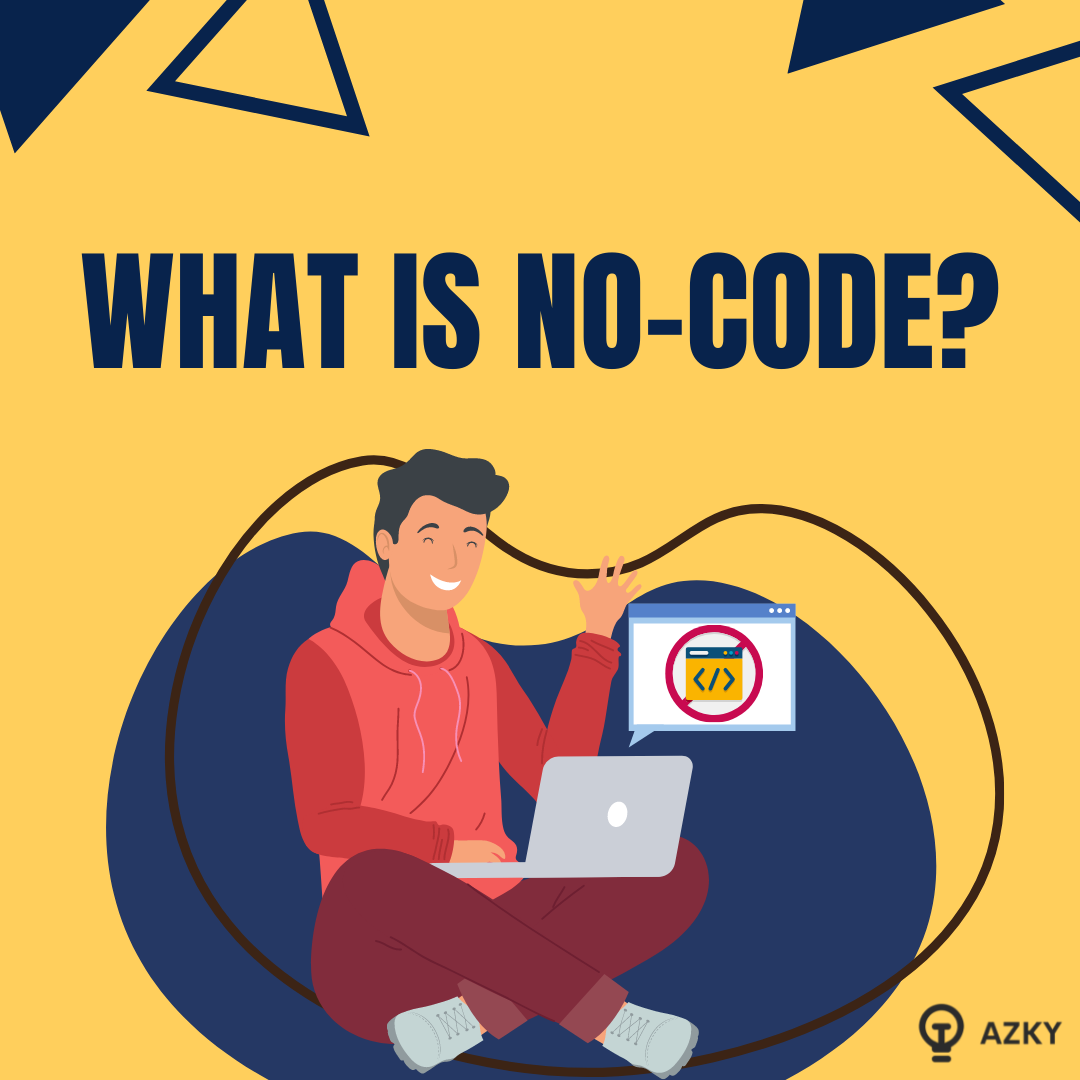 You've got a great idea for an app, but you're not sure how to bring it to life. You want something simple—something that'll get your product on the market quickly. That's where no-code platforms come in. These are tools that allow you to build mobile apps without having to write any code at all (hence "no-code"). However, there are some trade-offs involved with this option: no code means less control over design and functionality, which means more limitations on what you can do with your app; it also means you're dependent on someone else's servers instead of being able to host everything yourself. If these things don't matter much to you—or if they're worth giving up for the sake of time savings or cost-effectiveness—then no-code might be right for your business!

No-code is a software development approach that requires no programming skills to quickly build an application. No-code decouples programming languages and syntax from logic, and instead take a visual approach to software/web development to enable rapid delivery. It is a popular and promising alternative to traditional software/web development for non-technical business users hoping to build their own full-fledged applications.

The no-code movement rests upon the fundamental belief that technology should enable and facilitate creation, not be a barrier to entry. The no-code movement has removed the obstacle of having to know programming languages, letting anyone bring their ideas to light. Where app development and launching web applications was once only possible by skilled programmers, no-code development platforms, along with the wealth of tutorials out there can get anyone on their way to getting their ideas out there. Being a non-programmer no longer matters. No-code is simply an abstraction layer over code.

No-code enables every employee to become a citizen developer without learning to code. This, in turn, helps businesses accelerate operations, quickly adjust processes to change, better meet customer and employee needs, and grow.

A no-code development platform, delivers all of the functionality that HTML5, CSS, and Javascript, but you don't have to know any of these programming languages to jump in and start building.

No-code, in some sense, is a misnomer: There is plenty of coding involved, but it is behind the scenes, invisible to business users. The heavy lifting is done by the no-code tool providers that use data abstraction and encapsulation to essentially hide the complexity of what users accomplish through simple maneuvers, such as dragging and dropping application components, to build an application.

When you build on a no-code platform, you are building with code, you simply don’t have to do any coding. No-code platforms have pre-built drag-and-drop elements that have been coded for reuse and scale.

A no code development platform is essentially a user interface builder, where you can rapidly drag-and-drop every web page together, and instantly see how it will look on mobile, tablet and desktop. Using visual models replaces the complexity of coding, allowing you to manage your data easily.

In a no-code platform, Users have at their disposal a toolbox from which to start creating their app. They can drag and drop visual boxes in order to add and arrange functionalities, instead of using a text editor for code. Usually, there are also drop-down menus to choose from a set of options, as well as a color palette to brand the app. In addition, many platforms offer ready-made templates for many common business use cases. Then users can employ the template and build on it additional functionalities that are specific to their company’s needs. Through the visual and intuitive interface, which graphically replaces the lines of code behind it, end users can set up their application, connect it with databases or web services, integrate it with other tools, and start using it for tackling work tasks. Besides the ease of use, no-code apps thus drastically reduce the app creation and deployment time.

No code applications are not primarily just drag-and-drop user interfaces. There is a major misconception with no code applications that they are only for simple apps. This is not the case. In a rapidly evolving technological age, no code application builders have become extremely sophisticated to support rich functionality in all apps, in order to meet business demands. It is now possible to build many end-to-end enterprise applications using a no code platform.

4. What are the Features of no-code?

The following are the features of no-code:

No code development is appealing, as it is easy to use and allows non-programmers to pump out apps or workflows quickly. No-code can be useful to both developers and business users, and is great for companies that have a backlogged development team and need to utilise business users as developers. The following are some of the benefits of using no-code.

There are also a few disadvantages of no-code just like any other development platform.

These are mentioned below:

7. What can you build with no-code?

No-code allows you to build both Web and Mobile applications.

The following are types of apps that you can certainly build in no-code:

Ecommerce sites let vendors list their products, and then customers search for and buy those products.

These apps let you share calendars, book appointments and meetings, send notifications and reminders, and even add payment system integration.

CRMs help you keep track of your leads and customers.

Dashboard apps are great for tracking statistics and analytics.

No code apps can help you build shopping cart and payment systems for your app. There are also plenty of established payment apps, like Stripe and PayPal, that you can integrate into your app.

8. What are the no-code tools?

There are a plethora of no code development platforms on the market, with new competitors entering the space on a regular basis. The following are some of the top rated no code platforms currently available.

The future for no-code development is bright because demand from LOB professionals outpaces the ability of IT departments to develop and maintain applications. The COVID-19 pandemic has further exacerbated this gap as IT help desks strain to support remote workforces.

According to Forbes, No-Code is the future of software. It reports Gartner’s new forecast for low-code/no-code development tools. Driven by an increase in remote work due to the Covid-19 pandemic, Gartner projected a 23% increase for the global market for this type of technology.

Thank you! Your submission has been received!
Oops! Something went wrong while submitting the form.

“He understood what I was hoping the app would do... He was making suggestions that were super meaningful which we used. I've already recommended him...”

"...did a fantastic job of building an MVP for us. We originally were working on spreadsheets. We needed an MVP to demo it to customers. They did it in an amazingly short time..."

"...team went above and beyond to be solutions oriented when partnering with us on what was essentially our first attempt at no code development..."

February 10, 2022
Articles
How to build a marketplace
Read More

Drop us a message and we will get back to you